Neurontin (Gabapentin) : A Drug of Abuse

Neurontin, the brand name for the medication gabapentin, is most commonly used to treat epilepsy, restless leg syndrome, hot flashes, and neuropathic pain.

It’s a fairly new drug, having been first introduced in 1993, and the generic version was introduced in 2004. As such, its uses, mechanism of action, and negative effects are still being studied.

Gabapentin appears to be involved with the GABA neurotransmitter, but does not seem to affect the receptors manipulated by common drugs of abuse such as opioids and benzodiazepines. Due to this, it’s not commonly thought of as a drug of abuse and is not on the list of controlled substances in the United States. However, it has properties that are similar to many commonly abused intoxicants and has been known to produce withdrawal symptoms and psychoactive effects.

This medication essentially functions as a mild tranquilizer, producing a euphoric high in some users that’s similar to the high produced by cannabis. It also typically creates feelings of calm and increased sociability. Its street names include morontin and gabbies, and it is most commonly used by polydrug users who mix it with other substances in order to increase the effects of the gabapentin or other intoxicant. They also may be misused by those attempting to reduce the symptoms of withdrawal from substances like alcohol.

The likelihood of Neurontin or gabapentin abuse to occur is considered low due to its low addictive potential. It does however produce withdrawal symptoms, which is an important aspect of physical addiction. The high produced by the drug could also create a psychological dependence, like any intoxicant. Treatment for addiction to gabapentin will likely be a more complex process than treating addiction to other substances due to the fact that the individual will likely be addicted to other intoxicants at the same time. However, like with any drug, recovery from addiction is always possible.

Popular posts from this blog 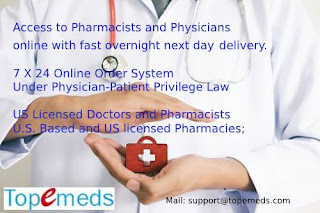 Gabapentin (as conventional preparations) is used in combination with other anticonvulsant agents in the management of partial seizures with or without secondary generalization. The anticonvulsant potential of gabapentin has been established in studies in which gabapentin or placebo was administered as adjunctive therapy in adults and children 3 years of age or older with refractory partial seizures; comparative efficacy of therapeutically effective dosages of gabapentin versus other anticonvulsants remains to be established. Neuropathic Pain Postherpetic Neuralgia Gabapentin (as conventional preparations or gastroretentive tablets) and gabapentin enacarbil are used in the management of postherpetic neuralgia (PHN) in adults. Gabapentin is considered one of several first-line therapies for the management of neuropathic pain associated with PHN; other options include tricyclic antidepressants, pregabalin, opiate analgesics, and topical lidocaine patches. When selecting an appropriate
Read more

Abuse of Opioid Alternative Gabapentin Is On The Rise

September 20, 2020
Doctors who are cutting back on prescribing opioids increasingly are opting for gabapentin, a safer, non-narcotic drug recommended by the Centers for Disease Control and Prevention. By doing so, they may be putting their opioid-using patients at even greater risk. Recently, gabapentin has started showing up in a substantial number of overdose deaths in hard-hit Appalachian states. The neuropathic (nerve-related) pain reliever was involved in more than a third of Kentucky overdose deaths last year. Drug users say gabapentin pills, known as “johnnies” or “gabbies,” which often sell for less than a dollar each, enhance the euphoric effects of heroin and when taken alone in high doses can produce a marijuana-like high. Medical researchers stress that more study is needed to determine the role gabapentin may have played in recent overdose deaths. However, a study of heroin users in England and Wales published last fall concluded that combining opioids and gabapentin “potentially increas
Read more